RUMORS ON NEW LAW IPC 233 AGAINST RAPE IN INDIA 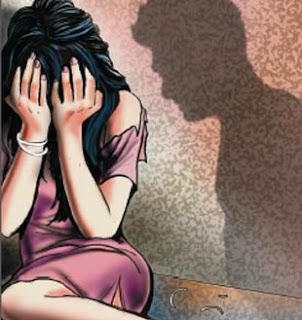 From actual Act IPC 233
Whoever makes or mends, or performs any part of the process of making or mending, or buys, sells or disposes of, any die or instrument, for the purpose of being used, or knowing or having reason to believe that it is intended to be used, for the purpose of counterfeiting coin, shall be punished with imprisonment of either description for a term which may extended to three years, and shall also be liable to fine.


But Rumor is like this "BREAKING NEWS: Finally a new law passed. Indian Penal Code 233 If a girl is suspected to be raped, or getting raped, then she has the supreme right to kill the man, injure his sexual part or harm that person as dangerously, that girl wont be blamed for murder."

This has been started appearing on social networking sites or as messages.The law is under consideration and not yet passed. It will be discussed in the parliament at the next session (most likely in the end of Jan'2013)

Just to acquaint everyone about it:

Laws are passed by the central government after it gets an approval from the state governments. Now, is it going to really approved by all the states?? The reason being there are so many MPs (Member of Parliaments) who have rape charges against them. Are they going to allow the law to get approved. If the law is approved, are these MPs will be punished according to the new law.

Have our government fooled the public by just giving the news on new law consideration? is it going to stretch its approval for years and years? will Indian public forget after couple of months about this new law, and wait for another "Damini" to face something similar and again protest.... What about the 6 people who acted worst than animals in the Delhi gang rape case? They are yet to be hanged?? They deserve to be killed brutally and they are still alive...   What about the Govt. officials and politicians who also have rape charges against them??

I believe, there are three categories of men who does rape.

First category may be having some kind of nerve problem. (probably we can say that they do have a mental issue) May be the circumstances he grown up made him like that. He will never think whether the victim is 5 year old or 50 year old.

Second Category can be having political/money power. These people will think that money/political power can save him from any case/crisis.

Third category do this basically because of some filthy friends and under control of alcohol. Such group of friends may be having some thought like "If we are together, we can do anything". Under the control of alcohol they do such things without any forecast.

In most of the cases, the main villain will be Alcohol. In normal condition they do think about after impacts. We cannot say that due to the lack of sex workers they are doing rape. In Delhi, you can easily get a sex worker as compared to the availability in Kerala. Still in both place girl is not at all safe.

You can't make a law simply to hang the victim. There are possibilities like The woman who have some revenge on a person can easily make use of the law for destroying her enemy. So the law should be scientific and there shouldn't be such type of loop holes.