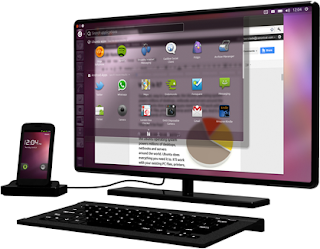 Ubuntu for Android is an upcoming free and open source variant of Ubuntu designed to run on Android phones. It is expected to come pre-loaded on several phones.

According to Canonical a phone needs the following requirements:


Ubuntu for Android provides a full desktop experience, including office software, web browsing, email and media applications, on Android phones docked to a screen and keyboard. Thanks to tight integration with the Android service layer, the transition between the two environments is seamless, making it easy to access the phone's services from the desktop when docked.